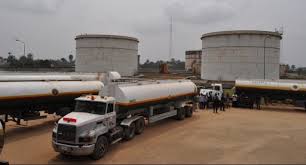 Abuja, Nov. 19, 2018 (NAN) The Debt Management Office (DMO), says with the approval of the National Assembly, it has accelerated implementation of the Promissory Note Programme and Bond Issuance to settle oil marketers’ arrears.

The DMO made this known in a statement it issued on Monday in Abuja, adding that the programme was to address inherited local debts and contractual obligations due to various categories of creditors.

It also said that the programme would be implemented in accordance with the process approved by the Federal Executive Council (FEC).

“It is to be noted that the claims by oil marketers are for accrued interest and foreign exchange differentials.

“These were unpaid obligations carried over from previous administrations.

“Whilst some of the issues involved in the implementation of the programme have been explained to representatives of the oil marketers, the DMO has invited them to a meeting this week to explain the process to them and provide a status report.”

The statement said that the amounts presented to the Federal Executive Council (FEC) and subsequently to NASS were derived by simply collating figures from various Ministries, Departments and Agencies (MDAs) to begin the process.

“Given that these were largely unverified amounts, it became prudent on the part of government to include processes that would be adopted in the implementation of the programme.

“These processes would ensure transparency and value for money before the promissory notes are issued.

“One of such processes is the validation of the amounts against each creditor by an international accounting firm operating in Nigeria.”

It said that based on the approval by FEC, the DMO initiated steps towards the implementation of the programme, one of which was the appointment of advisers using the provisions of the Public Procurement Act, 2007.

It however, said that since the programme involved the issuance of sovereign debt instruments, which require the approval of NASS as provided in the Fiscal Responsibility Act, 2007, there was a limit to what the DMO could do without NASS approval.

The statement said it was on record that the required NASS approval was only received on Sept. 26, through a letter from the Clerk of the National Assembly.

The News Agency of Nigeria (NAN), reports that in October, the Senate Committee on Downstream Petroleum Sector met with the Ministry of Finance, DMO, Central Bank of Nigeria (CBN), Petroleum Products Pricing Regulatory Agency (PPPRA) and representatives of oil marketers to discuss the issue of the outstanding payments to oil marketers.

NAN also reports that the categories of creditors for whom the settlement of arrears was approved by FEC include pensioners and staff, contractors, construction companies, exporters, DisCos, GenCos, State Governments, Judgement Debts and the petroleum marketers.