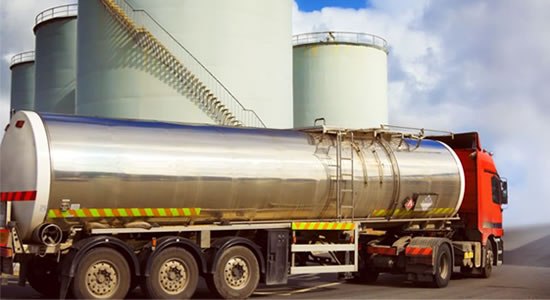 The marketers made the appeal in a joint  interactive session with journalists at the weekend in Lagos on the need for government agencies saddled with the payment to expedite action to save marketers from closing shop as interest on loans keeps increasing.

It would be recalled that on October 31, the Senate Committee on Petroleum (Downstream), in its resolution, had directed the Ministry of Finance and Debt Management Office (DMO) to hold a meeting with the oil marketers and other stakeholders to agree on the grey areas and report back within one week.

Executive Secretary, MOMAN, Mr Clement Isong appealed to government to hasten payment of the outstanding debts of fuel imports subsidy arrears owed them (marketers) as the continued non-payment has severely limited their access to credit and negatively impacted their working capital leading to their inability to pay their banks and their service providers.

Isong, urged the government agencies concerned to address the bureaucratic bottlenecks causing the delay in the payment process, adding that the delay in payment of the debt has resulted in the degradation of the downstream subsector of the oil and gas industry, and affected the marketers’ business operation.

He said that MOMAN is a downstream oil and gas group made up of six major marketers which include 11 Plc (formerly Mobil Oil Nigeria), Conoil Plc, OVH Energy Marketing Limited, Forte Oil Plc, MRS Oil Nigeria Plc and Total Nigeria Plc which has progressively gained a reputation in the Nigerian petroleum industry as a key player.

The MOMAN scribe scribe assured their readiness to ensure availability of petroleum products across the country during the and after the yuletide period, adding that marketers are fully ready to work with government on effective products distributions.

According to him, the major challenge the Nigerian downstream petroleum sector is facing is the non-payment of the long outstanding fuel subsidy to oil marketers.

“We appreciate the efforts of the National Assembly and the Federal Executive Council in approving payment but the non-payment creates a significantly negative impact on the operational efficiency of the downstream sector of the oil industry, thereby placing a severe strain on its efforts to continually invest in infrastructure and raise industry standards. We hope that the debts will be paid in full to the oil marketers as soon as possible,” he said.

The MOMAN scribe said that the debt owed MOMAN members alone stood at over N130.7 billion as at August 2018. He stated that once reconciliation has been done and a particular figure was agreed as debt, he couldn’t understand why settlements had not been made.

Similarly, the Executive Secretary, Deport and Petroleum Products Marketers of Nigeria, Olufemi Adewole, said the processes highlighted for payment by the government were inimical to the operations of their businesses.

Adewole said: “The processes they have highlighted is killing our businesses. Immediately the banks read in the media that the National Assembly had approved, they went to court, got injunction and seized our assets.”

Adewole said that 60 per cent of marketers have been forced out of business as banks have taken over their depots, assets and properties due to their inability to pay back monies borrowed to import fuel.

He said many marketers were forced out of business, while others are struggling to survive due to the government’s inability to settle the subsidy arrears, saying the development is threatening investment in the downstream subsector.

The DAPPMAN scribe said, although, the Federal Government has earmarked money to clear the debts, the marketers were yet to be paid.

He said the other challenge is that many of the marketers have laid off more than 90 per cent of their staff because of financial constraints.

It means you have to go back and discount this promissory note in the bank. This means we are losing because the money has been delayed and this adds to the interest to be charged on our accounts.

Chairman of the committee, Sen.Kabiru Marafa, said the oil marketers had earlier submitted a bill of N650 billion but government later reviewed the bill to N429 billion and eventually gave an approval of N386 billion.

However, the N386 billion as okayed by the Federal Executive Council (FEC) came with a condition that subjected its implementation to the appointment of an international audit firm that would comprehensively review and ascertain the veracity of the claims by the oil dealers.

Also, the payment was said to be made not in cash, but by a promissory note.

Also, the Debt Management Office (DMO) on October 31, says it has commenced the accelerated implementation of settlement of government arrears through promissory notes to oil marketers.

The DMO made this known in a statement it issued in Abuja, when it met with the Senate Committee on Downstream Petroleum Sector to discuss the issue of the outstanding payments to oil marketers.

According to the statement, the implementation is in line with the process approved by the Federal Executive Council (FEC).

It also quoted Sen. Kabiru Marafa, the Chairman of the Senate committee, as calling the meeting to ascertain the status of the implementation of the approvals given by the National Assembly for the settlement of arrears to oil marketers.

The meeting was attended by representatives from the Ministry of Finance, DMO, Central Bank of Nigeria (CBN), Petroleum Products Pricing Regulatory Agency (PPPRA) and representatives of oil marketers.

The obligations due to the oil marketers represent interest accruals and foreign exchange differentials, it said.

“The committee also requested the CBN to confirm the position on a statement by oil marketers that there was an agreement to stop the accrual of interest on loans owed by the oil marketers to banks.

“The Senate committee had earlier approved an amount to be paid to the oil marketers in July, but the complete approval of NASS, required by law for the issuance of government debt securities, was only received when a resolution conveying the approval of the House of Representatives was issued on September 26.

“On the strength of the provisions of the law, therefore, implementation could not have commenced prior to September 26.”

The DMO said that the current administration as one of its strategies to address inherited arrears to various contractors, approved the issuance of promissory notes to various categories of creditors.

It added that after the approval by FEC, President Muhammadu Buhari presented a request to NASS, as required by the Fiscal Responsibility Act, 2007.

“The categories of creditors for whom the settlement of arrears was approved by FEC include pensioners and staff, contractors, construction companies, exporters, DisCos, GenCos, State Governments, Judgement Debts and the petroleum marketers.

“To ensure transparency and value for money to the Federal Government in the settlement of these arrears, FEC had specified the processes to be adopted in the issuance of the promissory notes, one of which is the validation of the claims by an international accounting firm operating in Nigeria.

“The benefits of this initiative by the current administration include the return by contractors to project sites, thereby improving infrastructure and creating jobs.”

The DMO noted that another benefit was that there would be an improvement in the ability of banks to lend to the real sector.

This is because since some of the creditors to be settled are indebted to banks, the issuance of the promissory notes will enable them to repay their debts to the banks.

The DMO also said at the hearing that it would meet with the oil marketers in November.