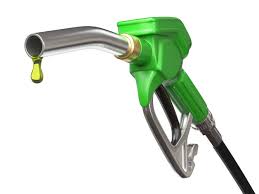 To further halt the degradation of the petroleum distribution infrastructure, the Major Oil Marketers Association of Nigeria (MOMAN) has advocated the immediate increase in margins on Premium Motor Spirit (PMS) popularly called petrol to players in the industry.

MOMAN Chairman, Mr. Adetunji Oyebanji, disclosed this during a media briefing on the state of the downstream industry in Lagos at the weekend.

Oyebanji who lamented that the N6 per litre margin on petrol which was fixed by the Federal Government represented by the Petroleum Pricing Regulatory Agency (PPPRA) in 2016 was no longer in tune with current economic realities, said the lean margins have squeezed dealers thereby preventing from investing in safety equipment a currently a challenge to the industry.

He explained that reforms in the industry would help to address some of the challenges plaguing the sector for some time.

He said the industry believes the passage of the Petroleum Industry Bill (PIB) presents a unique opportunity for necessary reforms and changes to take place in the downstream industry.

Oyebanji equally gave insight into discussions the group held with the Group Managing Director of (GMD) of NNPC, Mr.Mele Kyari, in Abuja, last Thursday, stressing  the Truck Fleet Renewal agenda to be spearheaded by MOMAN  formed part of the discussions at the meeting, saying a major challenge has been the age of the truck fleet, averaging 30 years old.

According to him, the result is the absence of modern safety features such as anti-skid, anti spill, anti-rollover,onboard cameras in trucks.

But to reverse the trend, he said MOMAN in partnership with NNPC and the National Association of Road Transport Owners(NARTO) is developing an initiative to engage the finance industry on funding a truck fleet renewal scheme for the country.

‘’By resolving this key element of government’s response plan, MOMAN believes that this programme would contribute significantly to the reduction of loss of lives and property, engendered by the distribution of petroleum products.’’

He said several initiatives such as Truck Drivers training, Safe-to-load (STL) and training of Federal Road Safety Corps (FRSC) officers and their deployment to depots have been put in place by the Office of the Secretary to the Federation (OSGF) and stakeholders since the Otedola bridge incident to reduce truck accidents in collaboration with the Federal Road Safety Corps (FRSC).

He warned that ultimately, the degradation and deterioration of the truck fleet as well as the inability of the downstream oil industry to upgrade its equipment and facilities, presents a risk to the distribution infrastructure.

On petroleum product theft, he disclosed that  MOMAN recently attended a working session under the direction of the NNPC GMD designed to curb and indeed eliminate fuel theft in the downstream petroleum industry.

‘‘MOMAN wishes to reiterate that its membership in no way condones fuel theft, fuel adulteration or illegal refining of petroleum products by unlicensed entities.