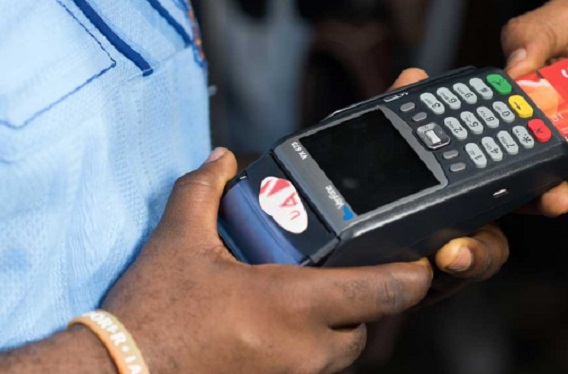 Oil marketers under the aegis of the Major Marketers Association of Nigeria have said it will be unfair for petrol dealers to be asked to pay N50 for transactions done on Point-of-Sale machines.

The Chief Executive Officer and Executive Secretary, MOMAN, Mr Clement Isong, told our correspondent in an exclusive interview on Tuesday that the association was engaging with the Petroleum Products Pricing Regulatory Agency and the Central Bank of Nigeria, among others on the issue.

The CBN had in a circular to banks and other stakeholders on September 17, 2019 authorised the banks to unbundle merchant settlement amounts and charge applicable taxes and duties on individual transactions.

They were asked to charge a duty of N50 for services rendered in respect of electronic transfers and teller deposits from N1,000 and above on behalf of the Nigerian Postal Service.

Following the CBN directive, some merchants including filling stations started imposing the N50 stamp duty on customers who chose to use the PoS machines.

The apex bank explained that it was wrong to charge customers while the Federal Competition and Consumer Protection Commission on December 24 directed that the charge on customers be halted.

Isong said, “There is a problem with this. So, we are engaging with the PPPRA, the CBN, Ministry of Petroleum Resources and the NNPC. They understand our argument.

“It has taken a bit of time because it is not so easy, but what we are asking for is an exemption of the petrol sales.”

The MOMAN boss, who noted that many filling stations were rented from oil marketing companies, said petrol dealers could not afford to bear the N50 PoS charge.

He said, “In the price template from the PPPRA, the dealer gets N2.36 per litre. An average station in Nigeria sells less than 100,000 litres per month. There are 30,000 stations in Nigeria and many of them are in rural communities.

“If a fuel station sells 100,000 litres in a month, its revenue is N236, 000, and from that N236, 000, he will pay his rent, electricity bill, staff, and fuel and maintain generators. Then he suffers losses because petrol is a product that is volatile; it evaporates.”

According to Isong, the losses being incurred by fuel retail stations range from five per cent to 20 per cent, depending on how efficient the station is being run.

He said, “If you are not efficient, you can lose up to 30 per cent of your product as a result of theft. By the time you take out all of this, the dealer has almost little or nothing to live on.

“Why this (PoS charge) is completely unworkable is because the merchant must sell at least 22 litres to make that N50 first because he gets N2.36 as his margin. In Nigeria, the average off take of a vehicle is less than N2, 000, which is 13.7 litres.

“There are some things that are just not possible. It is simply not possible for you to ask the dealer to pay the N50; it is not fair and equitable. That is the problem.”

He noted that the pump price of petrol had been fixed at N145 per litre.

CopyrightPUNCH.
All rights reserved. This material, and other digital content on this website, may not be reproduced, published, broadcast, rewritten or redistributed in whole or in part without prior express written permission from PUNCH.