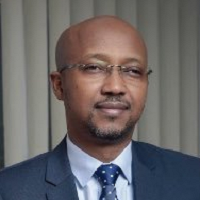 He began his work career with several Civil Engineering firms in Guinea and Gabon and joined Elf Oil Guinea Conakry in 1996 as the Deputy Operation Manager. He went on to work with other Total affiliates in Kenya and Ivory Coast in an Operations Manager capacity till 2006 when he became the Technical and Transport Director at SEP-Congo. In 2010 he moved to Paris as the Strategy and Development Senior Officer before becoming the Deputy Executive Vice-President of Total Africa & Middle East in 2012.

Imrane was named the Managing Director of Total Uganda in 2013, Total Cameroon SA in 2015 and Total Nigeria Plc in 2018.